Natalie Portman is an American Celebrity in Entertainment industry, best known as film actress, American film director and producer active since 1993. Natalie Portman’s birth origin is Jerusalem, Israel with her parents from Israeli descent and hence she is an Israeli-American.

Natalie Portman’s critically-acclaimed blockbusters are all 3 episodes of Star Wars prequel Trilogy such as  “Star Wars: Episode 1 – The Phantom Menace” in 1999,  “Star Wars Episode II – “Attack of the Clones” in 2002, “Star Wars: Episode III – revenge of the Sith” in 2005, “Black Swan” in 2011, “Anywhere but here” in 1999, “Where the heart is” in 2000, “Closer” in 2004. Natalie was shot to global stardom for her smashing-hit fictional character role as queen “Padme Amidala” in Star Wars Prequel Trilogy for which she received nominations for Golden Raspberry Awards under “worst screen couple” and “worst supporting actress” categories.

Natalie Portman being active for more than 25 years in Hollywood has won several number of Prestigious awards, honors and nominations in American film industry. Natalie Portman is the 2011-Oscar award winner of Best Actress Category for the Black Swan Movie and she was nominated for Oscars twice for Closer movie in 2005, and Jackie movie in 2016. Natalie Portman is also the winner of Golden Globe Awards as best actress in “Black Swan” and Best Supporting Actress in “Closer”; also she received Golden Globe nominations for “Jackie”  as Jacqueline Kennedy and “Anywhere but Here” under best actress and best supporting actress categories. 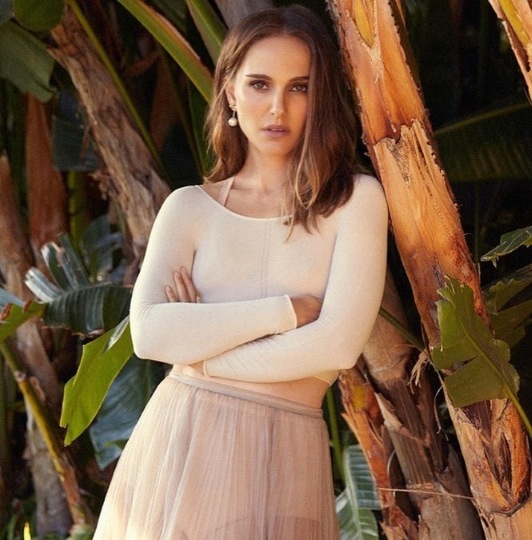 Natalie Portman was born in Jerusalem, Israel and her parents are of two different descents; her father is Avner Hershlag who is an Israeli Gynecology doctor and her mom’s nationality is America, who looks after household and represent as a personal agent for her actress daughter. Natalie is the only daughter with no siblings in her life.

Natalie Portman, though being an established and flourishing Super star actress in Hollywood, has never limited herself to become a earnest social activist working against terrorism, hunger and poverty, Environmental pollution, domestic violence, child abuse and other social issues. Natalie has been an advocate of Animal and Environment life rights. With interest in American politics, she supports democratic party, actively campaigning for John Kerry and Hilary Clinton. She supported same sex marriage for gays, and lesbians, signing a petition to then-president Obama.

She has also been an active participant of #MeToo movement, which draws huge global attention, in which she confessed about her sexual abuse from one of her fans’ mail and expressed openly about the sexual unsafety of teens in 2018